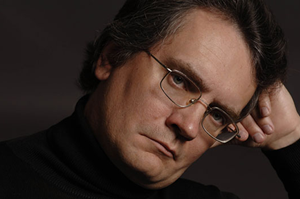 With the recent release of Rachmaninov’s Second and Third Piano Concertos, followed by Tchaikovsky concertosy, Konstantin Scherbakov’s endless repertoire accomplishments continue to amaze. Specialising in virtuoso repertoire, much of it previously considered unplayable, Scherbakov has been called a “modern Rachmaninov” and has gained international acclaim for his performances of Liszt’s transcriptions of the Beethoven symphonies.

A very special repertoire choice has formed the artist’s profile with the accent on rarely performed and highly demanding virtuoso programs, often comprising of works that were considered unplayable before. This has been the focus point of the recent features in the “Fono Forum”, “Record Geijutsu Tokyo” and in the “Spiegel” magazines.

Scherbakov was one of the first artists signed by EMI for their Debut – Series and in 1995 he became a “BBC International Artist”. In the past season his concerts performances took place in the following concert halls: Philharmony of Cologne, Herkulessaal Munich, Tonhalle Zurich, Prinzregententheater in Munich, Liederhalle Stuttgart, Congress-Hall Luzern.With the orchestras: Duisburg Philharmonic Orchestra, Munich Symphony, Stuttgart Philharmonic Orchestra.

Konstantin Scherbakov was also invited as a soloist for a tour of Germany and Switzerland with the Jekaterinburg Philharmonic Orchestra and he was a soloist and conductor on an Italian tour with the Milano Orchestra I Pomeriggi Musicali.

The recital schedule took him to Stockholm, Freiburg, Tokyo, Berlin, Zurich, to Sicily and Poland.

Konstantin Scherbakov’s recent releases include the 1st and 3rd Symphonies by L. v. Beethoven / Liszt (a continuation of a highly successful cycle of the Complete Symphonies) as well as the monumental Sonate e-moll by Leopold Godowsky, Vol. 6 of the gigantic project The Complete Works by L. Godowsky (“Marco Polo”). The recording was awarded the Preis der Deutschen Schallplattenkritik in December 2001, whereas his earlier recording of the 24 Preludes and Fugues by Shostakovich received the Cannes Classical Award 2001 (the distinction that such pianists as Ashkenazi, Brendel and Ushida were honoured in the three previous years).

Born in Barnaul, Russia Konstantin Scherbakov made his debut with the Philharmonic Orchestra at the age of 11, performing Beethoven Piano Concerto No. 1. Soon after, he moved to Moscow to continue his musical education at the Moscow Tchaikovsky Conservatoire with the legendary professor Lev Naumov (whose assistant he later became). After winning an array of prizes at prestigious international competitions (Montreal, Bolzano, Rome, Zurich) he performed with all the leading orchestras of the former Soviet Union, and played recitals in more than 100 cities in his native country.
The triumphant winner of the first Rachmaninov Competition in 1983, Konstantin Scherbakov launched his international career in 1990 at the XXth Chamber Music Festival of Asolo, where he performed the complete Rachmaninov works for piano solo in four recitals, to the manifest approval of Sviatoslav Richter.

Since 1992 Konstantin Scherbakov has lived with his family in Switzerland. His concert activity includes participation in major festivals (Frankfurt, Bregenz, Bodensee, Luzern, Klavier-Festival Ruhr, Bad Kissingen, Schubertiade Feldkirch among others), Radio and TV broadcasts (ARD, SF, Radio France, DRS 2, BBC) as well as recitals, orchestral performances and tours all over the world.

Since 1998, the pianist has held the professorship at the Hochschule für Musik Winterthur-Zurich. He is a jury member in major international competitions and is in increasing demand to hold masterclasses all over the world (Germany, Italy, Switzerland, New Zealand, Singapore, Cuba, Japan).

Scherbakov ’s repertoire consists of around 50 concertos and a similar number of recital programs.